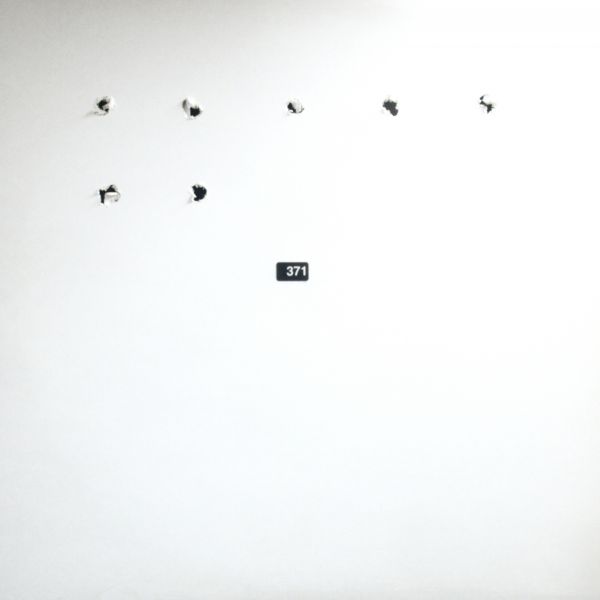 TEAM DOYOBI are Chris Gladwin and Alex Peverett, two young producers based in Hull and Leeds respectively. Whilst they have been instrumental in organising the 'Vector' night in Leeds, this split 12" marks their first ever full release. Originally spotted at a wharehouse party in Sheffield, the Team Doyobi aesthetic is based around a merging of both old and new school electronic technologies (Amiga, Pro-Tools), and generating loops samples amiga sequencing... generated via hand-drawn soundwaves, waveform editing. not very sampled. tune side through fx. gritty quality nord-modular - modular synth connected to a pc. randomly-sequencing sounds. A stunning, chaotic space of shifting, glitch-riddled electronics.

Having released two albums and numerous 12"s on Skint, REQ exists as the most marginal figure on the Brighton-based label. Also active as a talented graffiti artist, Req's 'Dnop A Ni Selppir' (try reading it backwards) utilises what Req calls a 'mirror technique' - the track played backwards and then reversed, with a brief, soundless pause marking out its central axis. Creeping, slow-burning and paranoid.