by Amandine on FatCat Records 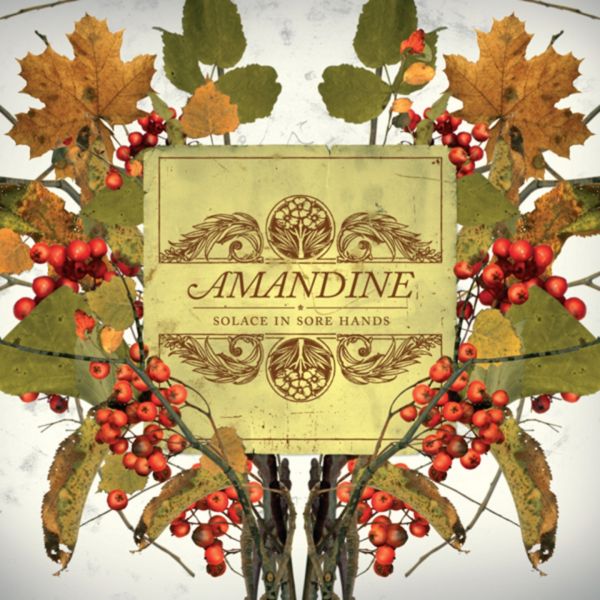 The album was written in the spring of 2006 and rehearsed the following summer. Again working with producer Ove Andersson, the basic tracks were recorded live in late August in a cabin north of Umea, Sweden, overlooking the bay of Bothnia. The band then returned to the Maraccas studio in Gefle for additional recordings and mixing.

The result, 'Solace...', serves as a concise document of that specific period. Lyrically influenced by the harsh and slightly absurd imagery of Swedish contemporary authors Sara Lidman, Torgny Lindgren and Lotta Lotass among others, major themes include forgiveness, redemption and moving on in the wake of hardship. The title is a reference to the labour and hardship often portrayed by those authors.

Still based on an axis of alt country / Americana, Amandine's songs have broadened in both scope and depth. Aside from their inclination towards the likes of Songs:Ohia, The Band, early R.E.M. or Crosby Stills Nash & Young, this fresh batch of recordings highlight a leaning towards Swedish folk music and the minimalist, heart-rending composition of Erik Satie. Nevertheless, at times the songs on 'Solace...' cut loose more freely and bear rougher edges than those on its predecessor, imbued with the character of a more prevalent live recording process.

Amandine's story starts in a small northern Swedish town called Sandviken. A town known mostly for its iron works, it is also the birthplace of Olof Gidlof and John Andersson, who formed the band in 2001. Together they crafted country-inspired songs inbetween commitments to other music projects. Studies then relocated Olof and John further north to Umea, known for its vibrant music scene, where Andreas Berqvist and Andreas Hedstrom were added to the line up, as Amandine went from a being a side project to the main point of focus for its members. In 2004 the band moved to Malmo and signed to FatCat, who reseased their debut album 'This Is Where Our Hearts Collide' the following year. 2006 saw the addition of violinist Kristina Lundin, as well as the release of the 'Waiting For The Light To Find Us' EP, and tours in Europe and the U.S.